Let's look at 2 Christmas layouts & their journaling:
- Helen is so fantastic with her heritage photos & their associated history.

Helen explains:
'The muted colours of “Christmas flowers” were perfect for this vintage photo of my Father-in-law, who was born the day after Christmas in 1911.   Christmas was always a time of celebration for the family and doubly so, because he was a Christmas Baby. ' 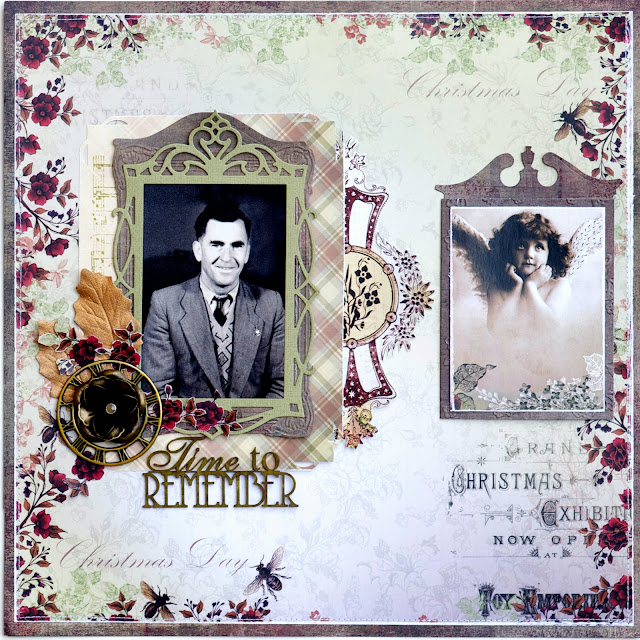 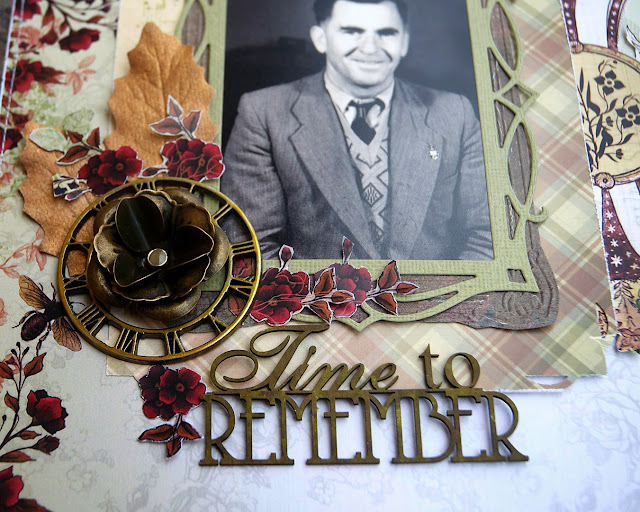 The angel forms part of the cover of a little book which I made to hold the journalling about this remarkable man.

JOURNALLING - in the little book reads:-
Frank was the fifth and last child in his family.  He was born in the far North of the state at a little town called Hammond. (Now a ghost town) His father died when he was five years old and consequently there was not much money to go around.  As a school boy he had part time jobs such as tallying up the bags of grain at the silo, for which he earned about threepence a day.  He left school at aged twelve and worked at rock clearing. At fourteen, he was employed droving sheep from Hammond to Long Plains, a distance of about 150 miles.  Frank was determined to better himself, so he went to Teacher’s college, whilst working part time.  He married another teacher and they started a family of their own.  Despite the demands of five children and a teaching career, he continued his love of learning; first obtaining his diploma of teaching and later a Bachelor of Arts. In an era when only the rich could afford to go to University, his tenacity and determination, blazed a trail for his children and grandchildren to follow. By his example they believed anything is possible if you work hard enough.'

A great LO Helen - well done. Love reading & seeing ancestry projects. This one is fabulous. The title is perfect, the added colour from the fussy cutting give a lift to the LO & the metal embellies are the final touch.

Bye for now
Meg
www/megsgarden.com
Posted by Meg at 3:08 PM