Mark your calendars for the

one of the longest Blog Hops ever done – around the World. 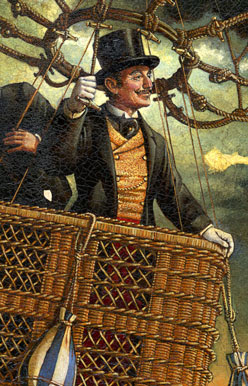 From Wikipedia:  ‘Phileas Fogg is the main fictional character in the 1873 Jules Verne novel ‘Around the World in Eighty Days’.


Fogg attempts to circumnavigate the late Victorian world in eighty days, or less, for a wager of £20,000 with members of London’s Reform Club.  He takes the wager and leaves with Passepartout, vowing to return by 8:45 pm on Saturday 21 December 1872. Under suspicion of robbing the Bank of England,  he is followed by a detective named Fix. Fogg has no idea about Fix's true intentions and Fix (wanting to get Fogg back to England so that he can arrest him) works with Fogg in the last half of the book.


While in India he saves a widowed princess, named Aouda from  Suttee during her husband's funeral. Passepartout rescues her and she accompanies Fogg for the rest of his journey. She and Fogg eventually fall in love and marry at the end of the book. Fix, who is really supposed to arrest Fogg, attempts to sabotage him by putting him in prison near the end of the book but he is quickly released. Fogg, who has been careful to keep track of every day in his diary, believes that he arrives home on Sunday and that he has lost his bet. However, he discovers, almost too late, that he has forgotten to adjust his timekeeping for having crossed the International Date Line and he wins his bet after all.’

Phileas Fogg had 80 days to circle the globe - we are allowing 4 days only!  But we have an advantage over his modes of travel
– he had to catch trains, ride an elephant, an air balloon & more....

Make sure you complete the list – become a follower, like us on FB & leave a comment – at each blog.
Start here at 5pm on 30th November for the route & the final prize
We are taking into account the International Date Line & Time Zones for you so you do not have to worry that you will miss out like Phileas almost did.
Hope to see you then
Meg